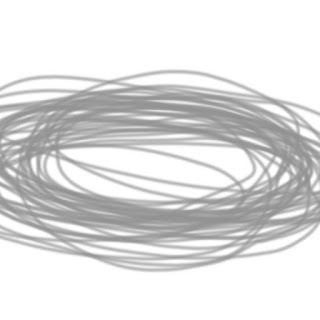 I've logged several thousand air miles in my lifetime. And during those miles, there were many hours spent either on the ground waiting to fly or in the air waiting to land. The worst, in my opinion were the hours spent circling and circling in a holding pattern over the city that was your destination...waiting to land...waiting to land...waiting to land. Every half hour or so, the captain would get on to explain the situation, or sometimes not to explain it...but just to say something to the uncomfortable passengers. See, there were two problems. The first problem was not that we couldn't land, but that we had a destination to get to and we couldn't get there because something or someone was holding us up and we usually weren't told exactly what it was. The second problem was that we didn't know how long we were going to be up there circling and circling. The second problem was really the kicker. Because you could make contingency plans if you knew that you were going to circle for an hour and that would make you miss your connecting flight, or your business meeting, or your daughter's birthday, or whatever it was that you were going to this destination for in the first place. But we were never told that. And sometimes, the captain would get on after circling for an hour to tell you that they were no longer going to be in a holding pattern over your destination, but that they were now taking you someplace else altogether! The entire plane would break out in groans during those moments. There wasn't anything that you could do. You just had to accept the new destination.

That's where we are today. No one around you knows what the destination is and we are in the air...in a holding pattern...trapped in an enclosed world with people we don't know who are also powerless to do anything about where we are going.

If you've been in this situation in a plane, all the passengers suddenly start looking at each other as if we could do something about it. Everyone complains. They bring the drink cart around to calm everyone. If it's late in the evening and they have told you that they are dumping you somewhere for the night, everyone starts looking at those around them as potential deterrents to getting a hotel room. There is mass scrambling as everyone adjusts to the "new normal." We all have different issues we have to deal with because of going off course, but we all have the same problem. We can't do what we set out to do.

The best thing to do in this situation is to not create drama for yourself. I've learned this the hard way. Instead, just follow the sheep down the hallway and sometimes, they have made provisions for a hotel for you. Other times, you can follow the sheep for a while and then duck out quietly to a waiting taxi that will take you to another airport or to a car rental place if you are lucky to find one open. Then you can continue on with your agenda in spite of separating from the sheep. After all, the only thing you really have in common with the sheep is that you were once all together in the same locked cabin 35,000 feet in the air. Other than that, we can choose to remain a sheep, or to morph into a goat and go off by ourselves in another direction. Personally, I like sheep, but I act more like a goat and sometimes, if the situation requires it, I become a shepherd.

Shepherds are not the most popular figures. It seems the only ones who really enjoy having a shepherd around are the sheep. And they only enjoy the shepherd if he leads them into green pastures and beside still waters. If he leads them to slaughter...well then bad for the shepherd and the sheep. Everyone else wants the lamp chops. They don't care about the sheep except for their fleece and their mutton. So, they don't care much for having a shepherd around that will protect and care for the sheep, if you get my drift. So nobody much likes a shepherd.

But that's exactly what the world needs right now, a shepherd. A gentle, caring leader that will help the masses out of the holding pattern corral and into the open fields again. A shepherd that cares for the sheep. A good shepherd.